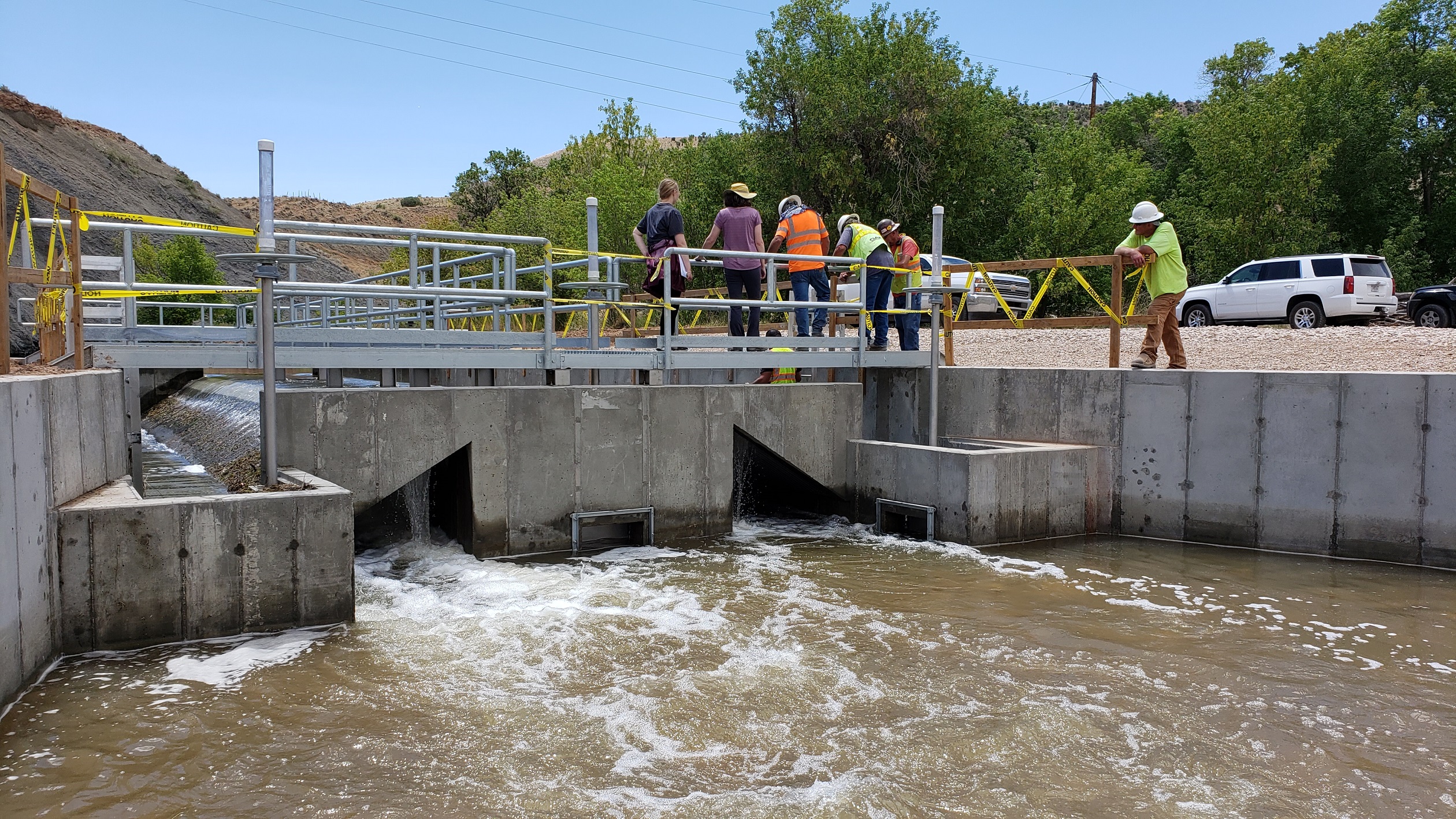 Hansen, Allen & Luce (HAL) assisted the Utah Division of Wildlife Resources with design review and construction support for a new fish screen at Red Fleet Reservoir near Vernal, Utah. The reservoir discharges to Big Brush Creek approximately 15 miles upstream of the confluence with the Green River (the major tributary of the Colorado River). The new fish screen began operation in July 2020.

Several lakes and reservoirs in northeast Utah have been stocked with non-native game fish that compete with native species if they make it downstream into the Colorado River system. Four native species are endangered—humpback chub, bonytail, Colorado pikeminnow, and razorback sucker—and federal and state agencies are working to recover them. Preventing the passage of non-native fish reduces depredation of native fish while still maintaining recreational fisheries in upstream reservoirs.

The fish screen structure uses two Coanda screen systems to capture and return any fish who happen to venture out of the reservoir. HAL provided general oversight of the construction and coordination with the contractor. Design improvements recommended by HAL addressed safety and maintenance concerns.

Funding for the project came from the Upper Colorado River Endangered Fish Recovery Program and its partners, including the Bureau of Reclamation and the Utah Division of Wildlife Resources (DWR). DWR is pleased with its ability to operate and maintain it safely and efficiently.